*Click here to go back to the beginning of the countdown* 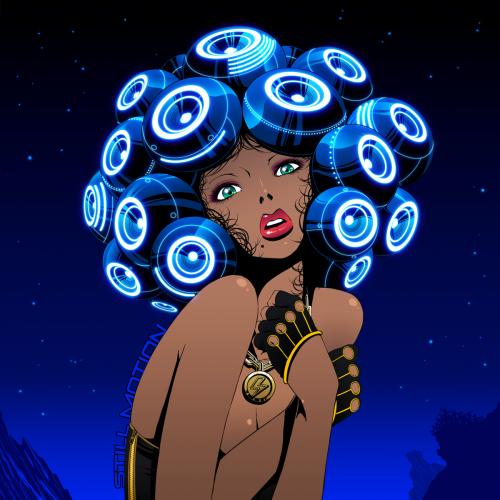 Natti is the one member of the CunninLynguists crew that wasn’t allowed into my country when they went on their Canadian tour last year.  I consider CunninLynguists to be my second-favourite southern hip-hop group, only behind OutKast, and Natti has been a huge part of their success since their classic 2006 album, A Piece of Strange.  Here with his debut solo album, we pretty much get what’s expected.  The production is mostly handled by fellow CunninLynguists member Deacon The Villain, who I didn’t know produced beats, with a few songs produced by Kno, who’s had the reputation of producing most of the group’s classics.  This gives the album the overall feel of another CunninLynguists project, except with Natti handling all of the vocals (and no guest appearances from Deacon or Kno).

With the focus on Natti, we get more of the clever rhymes and wordplay he’s been known to bring to the table, but we also get a few new things from him too.  The intro has him rapping faster than I’ve ever heard him on a more traditional southern type of beat, and on other songs we get to hear that church choir singer within him on some of these hooks.  Overall, the rapping and production is all great, but I feel like I need to be in a certain mellow type of mood to vibe with this one (which I just haven’t been lately).  I’d also prefer to hear the whole CunninLynguists crew bring some more vocal variety to these songs.  The guest features, mostly artists I’ve never heard of (except for Freddie Gibbs), are hit or miss and don’t always have that same synergy with Natti that he has with his group.

My Grade (based on how well I connected with it, no disrespect if your experience was different): C+

Come back to my blog tomorrow to see which album or mixtape came in at #28 on my countdown!