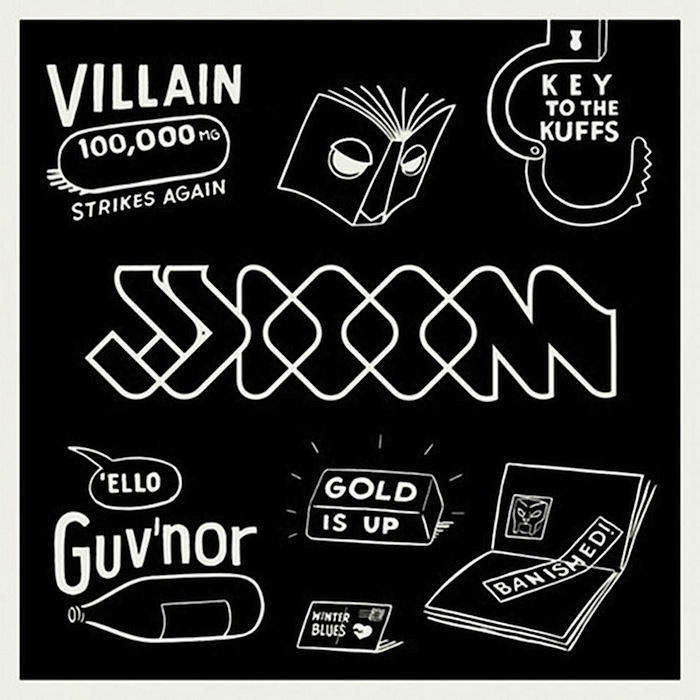 I was conflicted on how I should rank this one, it almost feels like I’m cheating just to write about one of my favourite rappers ever.  The original Key to the Kuffs album came out last year, and I had it ranked at #9 on my 2012 countdown.  With the release of The Butter Edition, JJ DOOM (Jneiro Jarel and MF DOOM) have essentially re-released the original album, but have added new songs to the track list as well as some remixes.  I don’t want to rank the same songs twice, but the new additions make this feel like a more complete album.

One of my complaints last year was that it felt like we didn’t get enough of DOOM rapping, as the original album was short and some of the songs didn’t even have DOOM on them.  This is somewhat fixed on The Butter Edition as obviously there are more songs, but we also get more of Jneiro Jarel’s rapping; which is alright I guess, but I think we’re all here to hear DOOM!  Musically this is just as good as the original album, except the additional songs make a good thing last longer.  Jneiro Jarel laces DOOM with some of the most unique beats he’s rapped over, and the guest producers on the remixes do a good job building around his vocals too.  DOOM’s rhymes are strange and clever as usual, I’m always looking forward to whatever projects he drops.

My Grade (based on how well I connected with it, no disrespect if your experience was different): B+

Come back to my blog tomorrow to see which album or mixtape came in at #16 on the countdown!