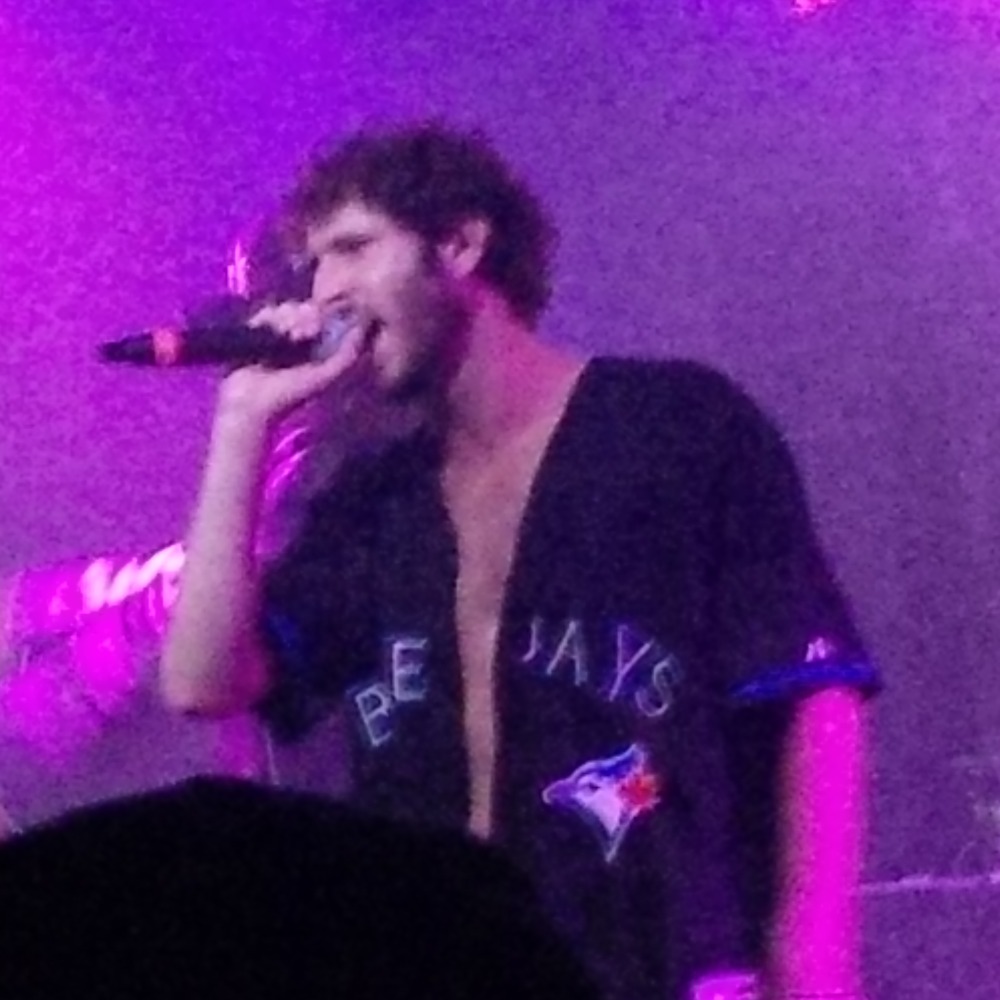 Lil Dicky has been taking the Hip-Hop world by storm with his unique, comedic and relatable approach to music.  Having graduated from university and experienced the corporate life before taking on music full-time, he’s been able to reach a new generation of Hip-Hop fans currently in their 20’s and going through those same experiences.  He walks the thin line between being a corny parody of Hip-Hop and being a clever, hilarious MC with legitimate skill, but he’s been able to win fans over mainly with his transparent honesty and relatability.

He was relatively unknown when he first performed in Toronto about a year ago, but has since gained a lot of traction with the release of his chart-topping official debut album, Professional Rapper.  While the album is a great start to a potentially lengthy career, he’s mostly gained recognition through his creatively brilliant music videos for the singles off of the album.  He was even featured on Entrepreneur.com for his bold, strategic approach to his music video for “$ave Dat Money,” which had a budget of $0.00 and actually generated revenue through product placement.  Despite having seemingly blown up, Lil Dicky can still be seen as an up-and-comer, as evidenced by this small-venue show at The Hoxton.

It’s been a couple years since I was last at The Hoxton; my only other time coming here was in 2013 for Run The Jewels’ first ever show in Toronto as a group, and they’re kind of a big deal now.  It looks like Lil Dicky is on a similar trajectory, as he was also able to sell-out The Hoxton with only one album out.  I remembered it being a small club with a small stage, which makes for an intimate performance, but it can be difficult to see if you get stuck in the back of the room.  Me and my bro (celebrating his birthday) made it a point to be there early. 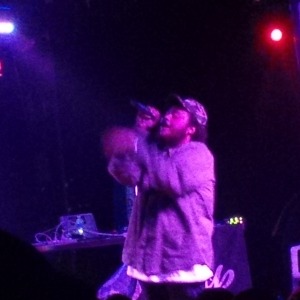 The line to get inside stretched around the side of the building, and security was slow getting people moving.  The first opening act, a rapper/singer from Montreal named Mathew Chaim performed in front of a small crowd as people were coming in.  He said it was his first show ever where he got to perform, and he caught some beginners bad luck as the beat cut off in the middle of his second song.  He fought through the technical issues like a champ though, engaging the crowd with a story and continuing to rock once the sound crew got everything working again.  He had one dope song in particular where the hook was like an RnB remix of Shaggy’s “It Wasn’t Me.”

Next up was Chicago’s own Alex Wiley.  Alex was actually supposed to perform at Tattoo about a year ago as an opener for Nitty Scott, MC, but that show got cancelled when Ms. Scott couldn’t cross the Canadian border (which she finally rectified this year).  He came out looking pretty high, but still flowed smoothly over his beats.  He represented for his hometown well with his closing track, where the hook sampled Kanye West’s “Spaceship.”  While the openers were solid, the crowd knew who they came to see, as they soon started chanting “L-D!”

After a short wait, Lil Dicky came out promptly to the title track off his album, “Professional Rapper.”  He rapped back and forth with his hypeman, who covered Snoop Dogg’s parts of the song, and had the crowd hyped right away.  Similar to his “$ave Dat Money” music video, he was wearing a baseball jersey unbuttoned, but of course had to rock a Toronto Blue Jays R.A. Dickey jersey to represent the home team (the crowd even started a “go Jays!” chant at one point).  After another song, Lil Dicky paused to show us why he called this the Looking For Love Tour, as the comedian in him began to host a game show on stage.

Throughout the show Lil Dicky would bring female fans (contestants) on stage, and they would spin a wheel on a projection screen to determine a fun activity they’d compete in to win Dicky’s heart.  The first young lady got to draw a picture of LD as he performed his next song, the 10-minute long “Pillow Talk.”  Lil Dicky performed several rap-centric songs off of the debut album, including “Bruh,” “Who Knew,” and “Personality” before bringing the second contestant on stage.

Lil Dicky is just as much a comedian as he is a rapper, which allowed for fun breaks between songs as he interacted with fans.  The second lady he brought on stage got to slap him in the face as the crowd chanted her name.  LD then performed “White Crime” and “$ave Dat Money” before taking another break to literally sit on stage in lawn chairs and smoke a joint.  He then did a weed-focused track I wasn’t familiar with before doing “Molly” while standing atop a lawn chair and “Truman” while running through the crowd, even climbing into the VIP section.  Despite him being a fairly new MC, the crowd knew almost all of the lyrics and were able to sing along with LD.

Next, he brought a third female contestant on stage who turned their first-date roleplay into a makeout opportunity with LD.  The original contestants rejoined them on the stage, and the ladies competed by seeing who could fit a condom onto a banana the fastest and with the most sexually favourable technique; the winner got to be serenaded by Lil Dicky with several lap dances as he performed the mega hit “Lemme Freak.”  After the second verse, Lil Dicky (now down to his boxers) continued into “Lemme Freak For Real Tho,” with an autotune effect being added to his mic, allowing him to sing.

The winning contestant was handed a bouquet of flowers to mark the end of the show, but the capacity crowd chanted strongly for an encore.  Lil Dicky made a joke protesting the social obligation to perform encores, but obliged with the very first song he ever put on the internet (which got over a million hits in 24 hours), “Ex Boyfriend.”  Although a lot of fans only got put on to LD’s music after his debut album, many knew the single off of his So Hard mixtape and sang the chorus with him.

Overall, this was a fun show.  A lot of Lil Dicky’s songs are stories about specific scenarios in the present tense, and so the live versions don’t always translate into the same fun feeling you get from watching the music videos, but the comedy segments in between songs more than made up for this.  Lil Dicky has a large personality and is definitely making the most out of his current situation.  I wouldn’t be surprised if he comes back with larger shows with larger budgets in the future.  I can definitely see him running more extravagant stage shows as his fame continues to build up.

The Hoxton hasn’t changed much from what I remember.  Even in chilly October, the air doesn’t circulate through the building and so the body heat builds up.  They’re also still serving drinks in glass bottles and cups, which weren’t really an issue except for the potential danger of broken glass.  Luckily Lil Dicky is far from a hardcore MC and his music doesn’t incite mosh pits.  Regardless, this was still a good time.