Before we get into this review, we send our deepest condolences to those affected by the attack at Ariana Grande’s concert in Manchester last week.  The love for music is what brings people together for concerts, and if we stop doing what we love out of fear, then the terrorists win.  We will not stop, and we hope to see music fans continuing to rejoice around the artists they love this summer! 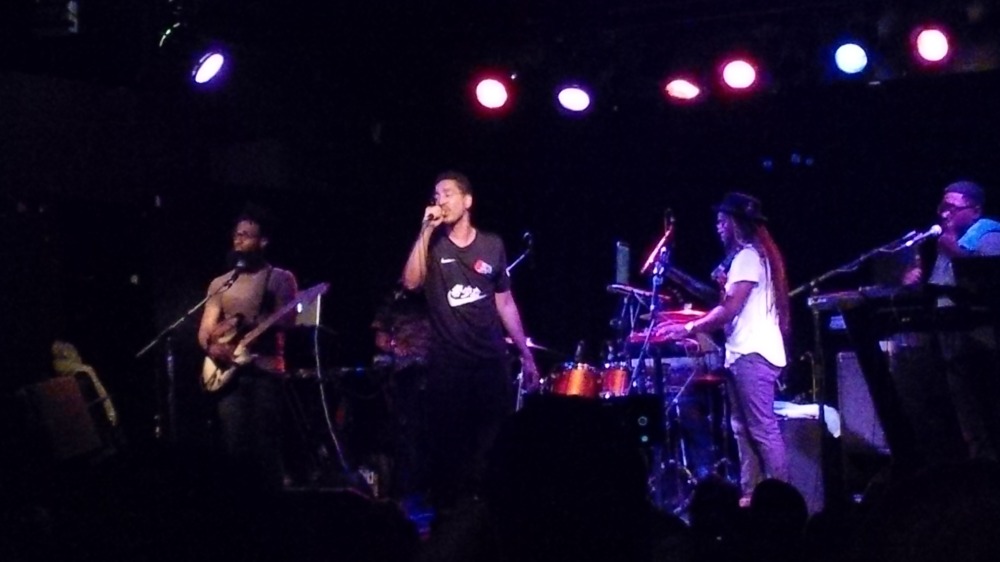 This time around, I’m reviewing an artist whose music I’ve only come to appreciate recently.  Oddisee may be one of the most slept-on hip-hop artists today, even by an avid hip-hop head such as myself.  He’s released dozens of self-produced albums and mixtapes over the past decade, but I only got put on recently when he released his 2017 album, The Iceberg.  The album title could be used to sum up his rapping style, as he’s a thought-provoking lyricist who challenges listeners to dig deep and look beyond the flash of his catchy hooks and groovy production.

Fitting the theme of the new album, Oddisee is currently on his Beneath The Surface Tour, which has taken him and his band Good Compny through Europe, and is currently moving through the North American leg of the tour.  His stop in Toronto would be at none other than Lee’s Palace, which is an awesome venue for small, intimate performances.  This would be my first time seeing Oddisee perform, and my first time back at Lee’s Palace since 2015 (when I saw Nitty Scott perform her first ever Canadian show).  It would be a much different experience than the last time I was here though.

I showed up about an hour after doors had opened, and the line to get inside stretched down the block.  While the last show I attended here was in the “Dance Cave” upstairs, this one would be on the main floor, and it was a packed house.  The DJ was playing some dance tunes, including songs by Anderson .Paak and Kaytranada, and eventually the band Good Compny joined him on stage. 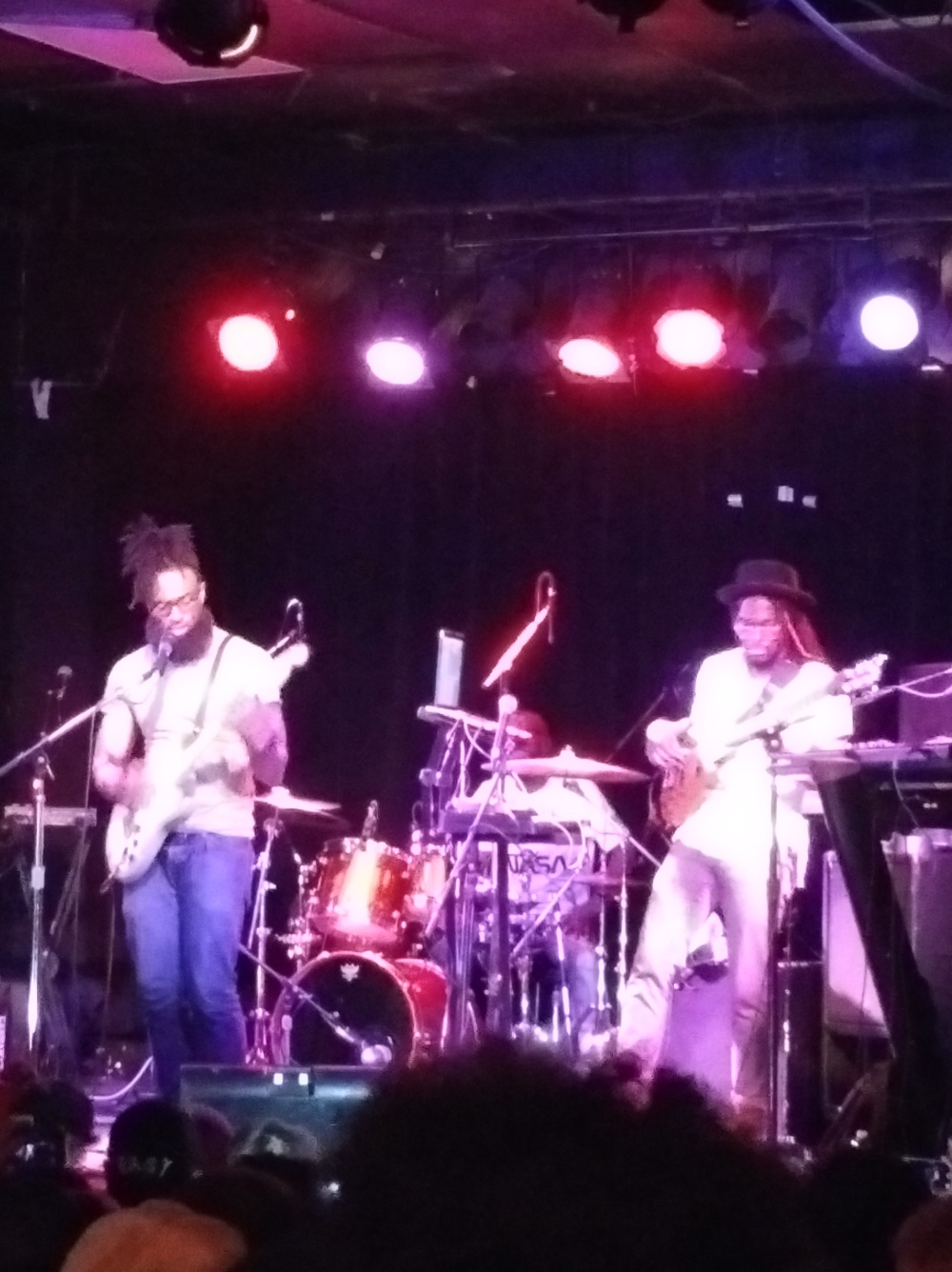 While Good Compny is the band that backs Oddisee on tour, their guitarist Olivier St. Louis would get the crowd warmed up with some rock and funk.  Olivier has several guest appearances on Oddisee’s albums showcasing his vocal range, and his ability to slay the guitar on stage makes for a wicked combination that gets crowds moving.  The crowd was definitely into his set, fully participating in his call-and-response and clapping along to the beats.  It was all good vibes by the time Oddisee joined the band on stage.

There was no wait between sets, as after Olivier St. Louis wrapped up, they immediately began to play the first song off of The Iceberg, “Digging Deep.”  They performed the first three songs off the album in sequence, and the up-tempo grooves combined with Oddisee’s rapid-fire flows got everyone moving.  Even with a more laid-back song like “Built By Pictures,” the live instrumentation adds so much more energy.  They went on to perform a couple songs off his Alwasta EP, “Strength & Weakness” and “Lifting Shadows” before going back to The Iceberg with “Hold It Back” and “Want To Be.”

Oddisee had some fun with the crowd, playing with the timing of some call-and-response during “Hold It Back,” and getting everyone to dance over the next few tracks.  After the groovy “Want To Be,” he went over to the MPC and teased the sample from the intro track off his 2015 album, The Good Fight.  The crowd recognized “That’s Love” right away and started chanting along to it before Oddisee could even ask them to.

The band went even further back into Oddisee’s catalogue with “You Know Who You Are” before returning to the new album with the up-tempo political track “Like Really,” and the slower, romantic “This Girl I Know.”  They then did a couple more off The Good Fight, including “First Choice” and “Contradiction’s Maze,” with Olivier St. Louis and the band’s keyboardist shining on the background vocals.  In the few months I’ve had to attempt catching up on Oddisee’s discography, I found my favourite of his might be 2013’s Tangible Dream, and the band next performed the only song off that album for the evening with the single “Own Appeal.”

Olivier St. Louis got another chance to shine with his funk-inspired vocals when they performed his guest appearance on Oddisee’s new album, the song “Rights & Wrongs.”  Him and the keyboardist had a cool sing-off as they played out the outro instrumental.  They kept the groove going as Oddisee took the time to introduce all of his band members and give them all solos.  He then told a funny story of how he acquired his very first set of records, and how one album from that first set was sampled all these years later to create the next song they’d perform off the new album, “Rain Dance.” 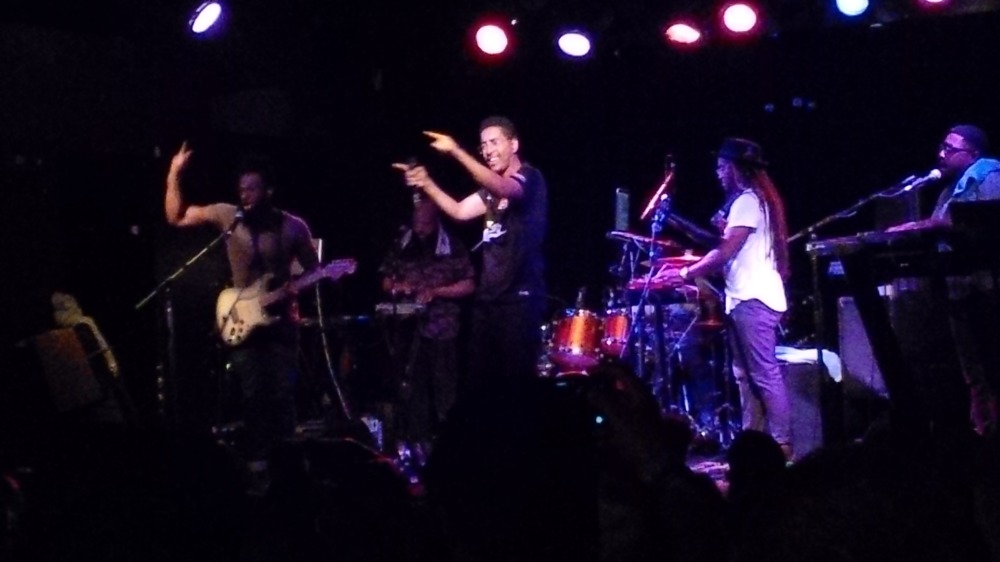 Mid way through the last verse of the song, Oddisee’s mic started to cut out.  There was a pause as the sound man worked on fixing the gear, and the band handled it well by playing some instrumentals in the mean time.  They even got the crowd dancing during the technical issues, as they played the instrumental from A Tribe Called Quest’s “Electric Relaxation.”  When everything was fixed, the band gave us one more song before leaving, as they performed what they explained was inspired by their hometown Washington D.C.’s local go-go music, the single “NNGE (Never Not Getting Enough).”  The crowd turned up one last time, and the DJ even came out from behind the MPC and rapped a verse!

Overall, my first time seeing Oddisee & Good Compny perform was a fun one.  I didn’t expect the crowd to be so big, or the energy to be so live (a lot of Oddisee’s studio recordings sound laid-back at first).  Seeing this band reminded me a bit of seeing The Roots perform, as there’s nothing but raw talent on stage from each band member.  Oddisee is definitely cut from the cloth of traditional emceeing, as he nails every word to every verse that he raps without using a hypeman, and the background vocalists only add to the performance without taking away from his shine.  This band has amazing synergy, as the timing of every instrument and every vocal is practiced to perfection, and even with technical issues they can still improvise and come up with something dope.