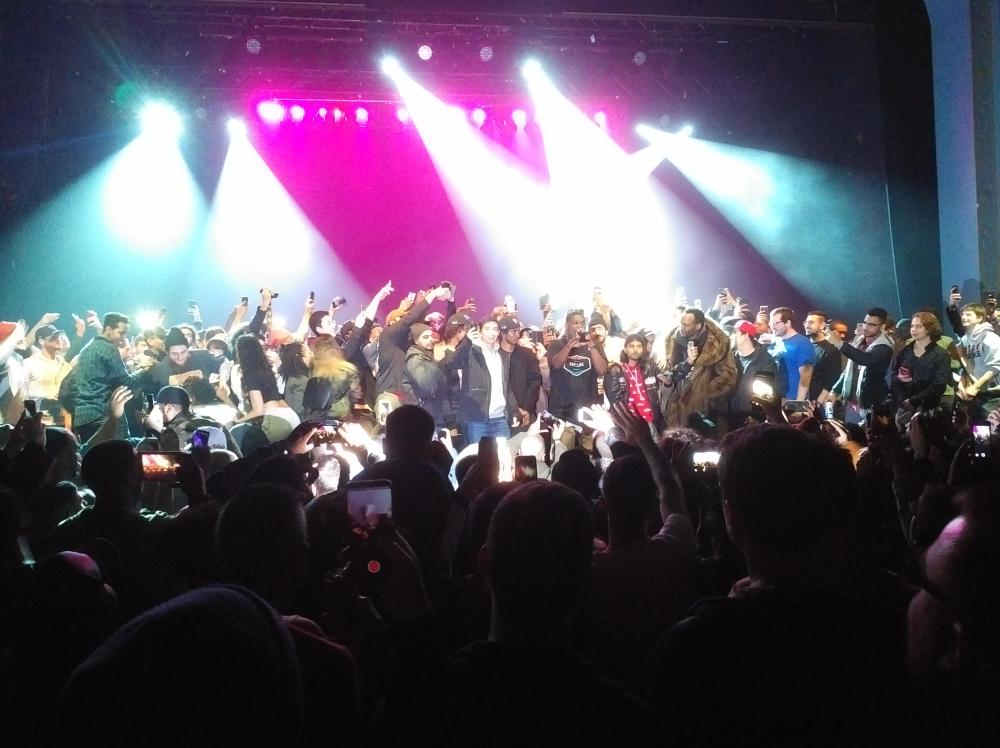 For more than a decade, there’s been a shroud of mystery surrounding Jay Electronica. Having first rose to fame within Hip-Hop circles in the mid-late 2000’s, he’s since seen his praise diminish over the years, with an extremely minimal and rare output of music. While he’s never put out a wack track or spit a wack verse, he’s also never followed up his loose singles with a full-length album in the eight years since he signed to Roc Nation. Other than a handful of singles and some dope guest verses done for other artists, one had to wonder going into this show what material he would perform, and if this would be a preview of that long awaited debut album of his.

Our second show of 2018 would see us return to one of our favourite venues in Toronto, the Danforth Music Hall. We were a little late showing up and couldn’t take advantage of the Danforth Sidebar, a new restaurant/bar they opened this year for pre and post-show dining, but still caught some of the opening acts. A group from Jay Electronica’s hometown New Orleans called MadeGroceries were just wrapping up their set when we got inside, and Toronto’s own Sean Leon took the stage soon after. Sean Leon had some bouncy trap beats that got the crowd moving, although the clutter of him rapping over his own pre-recorded vocals made it hard to get into the songs.

After Sean Leon rocked a solid five-song set, the DJ played some classic Hip-Hop ranging from Mobb Deep to Ice Cube to Biggie, and pretty soon it was time for the one we all came to see, Jay Electronica.

The crowd had filled up most of the space on the Danforth floor by the time Jay Electronica got on stage, and he got everyone waving their arms side to side as he began his set with some raw rapping. Jay got right up to the barricade between the stage and the crowd and began performing one of his early singles, “Exhibit A,” while clapping hands with the fans up front. He performed the last verse of the song accapella so you could really tune in to the lyrics, and then took some time to talk to the crowd. Acknowledging February as the annual J Dilla month for Hip-Hop heads, he proceeded with a tribute to the late producer, including a performance of his song “Dimethyltryptamine” while in the middle of the crowd. 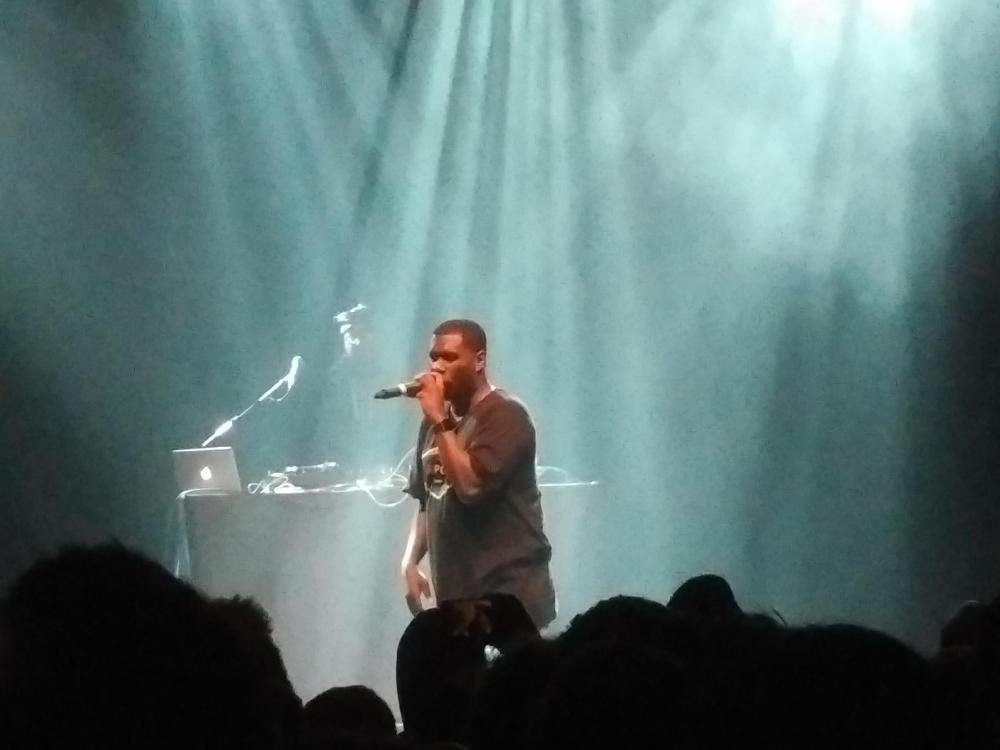 Jay spent the next few songs reflecting on his career trajectory and the big names he’s been associated with, getting the crowd to throw up the Roc-A-Fella diamond to acknowledge his signing to Jay-Z’s label, and performing the song “Shiny Suit Theory,” which is about an interaction he had with P Diddy. After seeing some fans wild out during the song, he invited them to have a drink and watch the rest of the set on stage.

Next was a really cool segment where he picked a local Toronto MC out of the crowd to rap with him on stage. Having been to Chicago and Detroit so far on the tour, Toronto was the first show where he got a lady to represent, and she went in and slayed a hot 16 effortlessly, getting the crowd to go wild. After inviting her whole squad to watch the rest of the show from on stage, he proceeded to mellow things out with a rap over a piano loop with no drums.

Looking for his day-one fans, Jay then invited everyone to join him on stage as he performed part of the song he first got widespread acclaim for on MySpace, “Eternal Sunshine (The Pledge).” With an entire mob of fans now behind him on stage, he then cranked the energy all the way up with a performance of the rapid-fire “We Made It,” looking very much like Kanye West’s 2015 Brit Awards performance (minus the flamethrower). Security wanted the fans to move back to the floor, and so Jay decided to join them, performing the rest of the show among the people.

Jay Electronica damn near started a mosh pit as he performed “Road To Perdition” in the middle of the crowd, and continued with his decade-old, most famous hit, “Exhibit C.” He would get the DJ to often cut the beat off so he could rap accapella, and would give the crowd a big boost of energy when the instrumental kicked back in, never missing a beat. During the accapella moments it felt like we went back to the roots of just MCs rapping in cyphers, although this cypher was surrounded by a massive crowd of people. Jay never returned to the stage, as he remained on the floor and let the fans take selfies with him after he was done performing.

While this show was no indication of whether or not fans are finally going to get that debut album anytime soon, it was still a really fun time with an MC who puts the art first. Jay Electronica may not have much material to perform, but he’s all about spitting bars, and is a master at playing to the crowd he’s performing in front of. Toronto gave him a ton of energy to vibe off of, to the point where it felt like he spent just as much time rapping on the floor, in the middle of the crowd, as he did on stage. The way Jay Electronica performs is a big part of why he’s able to be held in such high regard despite not having an album to discuss; he’s a raw, talented MC who could be great if he only had more classic material to connect the fans with.