I can’t say I’m a big Drake fan.  He’s done some great things economically for Canadian hip hop and is the biggest name to come from Toronto, so I always give his albums a listen and really try to like them, but I just haven’t been able to get into his music like that.  I feel like I should break down how I liked (or disliked) his previous work before I dive into the new album review.

I’m a hip-hop head, and when I listen to rap, I listen to it for the rapping.  The first time I heard Drake was in 2009 on “Forever”, and I thought he showed potential.  The sung hook was solid but the main highlight of the song was the showcase of the lyrical abilities of an up-and-coming Drake, a washed-up-but-still-trying Kanye West (who would make a comeback a year later), a consistently inconsistent Lil’ Wayne and a returning-to-form Eminem.  Even though Eminem stole the show from everyone, Drake still put up a decent effort, so I went back and checked out his So Far Gone EP and anticipated his Thank Me Later (2010) album.

I liked So Far Gone and Thank Me Later about equally; Drake showed potential as a rapper but also showed a soft R&B side to him that I couldn’t vibe with.  He shined by showing honesty in his music and showing decent technical skills as a rapper, but overall there was nothing really memorable here that I’d go back to.  Again, I listen to rap for the rapping, and there were so many better rappers out at the time (such as Shad, Eminem, Army of the Pharaohs, The Roots, Wu-Tang Clan members, Slaughterhouse, etc).  In this internet age we live in, there’s so much music being released that artists are competing for your time more than your money, and while Drake wasn’t bad, he just wasn’t cutting it.

Then Take Care came out in 2011.  While things like filming music videos in the Skydome and CN Tower and winning a Grammy award make this his biggest album to date, it’s probably one of the most clowned-on albums of the past five years (too many memes to choose from).  It was great for his fame and marketing, but strictly musically-speaking, this was one of the worst hip-hop albums I have ever heard.  Sure, guys like Soulja Boi and Gucci Mane have done worse, but they’re expected to be terrible rappers.  I remember literally falling asleep on the train while listening to Take Care for the first three times.  For the few weeks after it came out I played the sh** out of that album and really tried to like it, because I wanted to be proud of this rapper from Toronto reaching the level of fame he was at, but I realized he had abandoned hip-hop and was marketing himself towards a different crowd.

Most of his raps on this album had this really annoying lullaby-singer flow and most of the hooks had even more annoying, full-R&B-styled singing that I couldn’t vibe with on the first album.  I listen to rap for the rapping, and Drake’s “rapping” on this album was laughable.  If you want a really accurate review of this album, check out this link:

So now we’re in 2013 and I have no reason to be excited for a new Drake album except for the fact that he’s bringing Toronto-based hip-hop to a larger platform.  If he wasn’t from Toronto, I don’t think I would even give his music the time. That is until he started releasing the singles.  I like the idea behind “Started From The Bottom” and although his rhymes are pathetically weak on that song, at least he’s rapping, right?  It was also kind of cool seeing his billboard from the music video on the train ride to school everyday.  Then “5AM in Toronto” came out, and I was actually impressed.  It looked like Drake was finally making an effort to compete as a rapper again.  On top of that, the tracklist leaked and he had a song titled “Wu-Tang Forever”, so things were looking up.  But then he ended up cutting “5AM” from the album and released a full R&B single with “Hold On, We’re Going Home”.  The album leaked and I was able to listen to it a few times before the release date, let’s just jump into this album review and see how it came out! 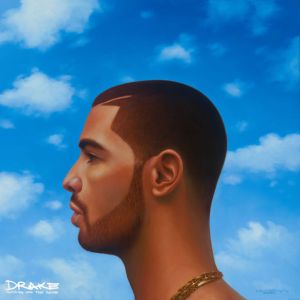 Typically I try to save my album reviews for December, when I do my annual Top 30 Albums of the Year countdown, but it’s looking unlikely that Nothing Was The Same will make the final cut.  That being said, this may be my favourite Drake album to date.  It’s not as bad as I thought it would be, but he just picked a really great, competitive year for hip-hop to release this album.  He’s done a better job at finding a balance between his R&B delivery and his actual rapping, and on some songs it sounds like he’s out to prove that he can still rap despite what happened on Take Care.

Right from the first song (“Tuscan Leather”) he goes in rapping about his current situation in life, actually rhyming pretty well and using some wordplay, all with no R&B vocals for six whole minutes!  …Then he gets right back into his lullaby-singer mode on the second song.  Most of the album flows like this, flipping between Drake’s attempts to rap well and his usual soft-sung delivery that attracts all the gyals dem.  Most of these R&B songs are skippable to me; they bore me to death (except Jhene Aiko’s guest appearance, she has a beautiful voice).

On the songs where he is rapping though, Drake tries to appeal to hip-hop fans by making several references to the golden age of the 1990s.  On “Worst Behaviour” he has a bar referencing “Got Your Money” by Ol’ Dirty Bastard, and for an entire verse borrows Mase’s flow from “Mo’ Money Mo’ Problems”.  Then there’s the multiple Wu-Tang Clan references throughout the album.  The song “Wu-Tang Forever”, while just another typical boring Drake song about girls rather than a true tribute, samples “It’s Yourz” and Drake even borrows some of Raekwon’s lyrics from that song.  He also sampled “C.R.E.A.M.” by Wu-Tang on the song “Pound Cake”, which features two guest verses from Jay Z that sound like he worked on them for five minutes.

Overall, I appreciate Drake’s effort to show us that despite the way he presents himself, he really is into hip-hop and knows some of its history.  There’s more rapping on this album and while not all of it is great, some of these songs have some pretty good verses.  Even “Wu-Tang Forever” wasn’t bad, although the title was misleading.  This is a return to form for Drake, as he went from being f***ing terrible back to sometimes showing signs of potential when he tries.  I think as long as he has that mentality that he never wants to “make a straight rap album”, I’m always going to view him this way.  He showed us here that he’s going to keep making soft music for Twilight fans, but also that he can still make a decent attempt at rapping.  Much like his earlier work, there’s not much here that I can see myself coming back to in the future, but I don’t hate it like I hated Take Care.  I actually like this better than Thank Me Later mainly due to it having no guest features from any Young Money/Cash Money artists other than Birdman (who’s more about comedic relief than rapping).

My Joint: The Language (normally I’d post a Youtube vid here but I can’t find one with the song at the right pitch)

My Grades (based on how well I connected to them, no disrespect if your experience was different):