I’d like to thank everyone who’s supported this blog and anyone who has ever read any of my articles!  This is the first full calendar year I’ve had SYpherSights running, so this time I have concert reviews written for every show on the list.  While I couldn’t attend every single hip-hop show in the city, I think I got a fair coverage of Toronto’s hip-hop scene this year.  As we welcome 2015, let’s look back at some of the best shows from 2014!
(Click here to check out the list from last year)

*All shows were in Toronto, ON, unless otherwise noted*

Pusha T at The Danforth Music Hall
G98.7FM Hip-Hop Showcase (Maestro Fresh Wes & more) at The Hard Rock Café
The LOX/D-Block at The Sound Academy
Classified & Maestro Fresh Wes at The Sound of Music Festival in Burlington, ON
Juicy J & Run The Jewels at NXNE in Dundas Square
Rakim at The Phoenix Concert Theatre
Cam’ron at The Danforth Music Hall
Masta Ace + eMC at This Ain’t Hollywood in Hamilton, ON
De La Soul at Celebration Square in Mississauga, ON
J. Cole at Roundhouse Park
T.I. at The Kool Haus/Guvernment
Ghostface Killah at Rockpile East in Scarborough, ON 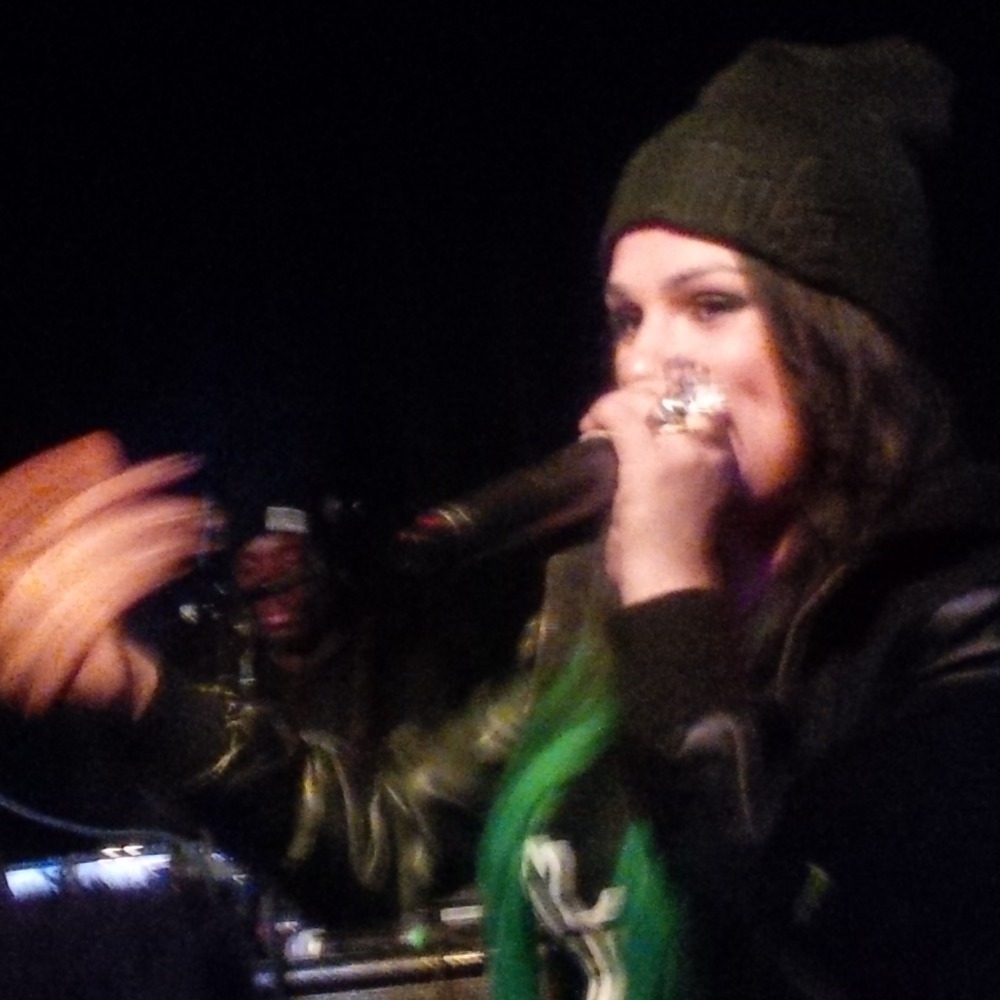 There are some all-time legends in the honourable mentions, but I had to give Snow Tha Product a spot on this list.  The girl knows how to party, yet she’s a real class act at the same time.  The best thing about small-venue shows is the artist can be more interactive with the audience, as Snow brought fans on stage, took shots, and even made the time afterwards to meet every single fan in the building.  Other highlights include her dancer Nay Nay taking over the stage during “Gettin’ It” and throwing water on the mosh pit throughout the night.  This was only Snow’s first show in Canada, and I have a feeling she’ll be back many more times, in larger venues over the next few years.
Read the full concert review here. 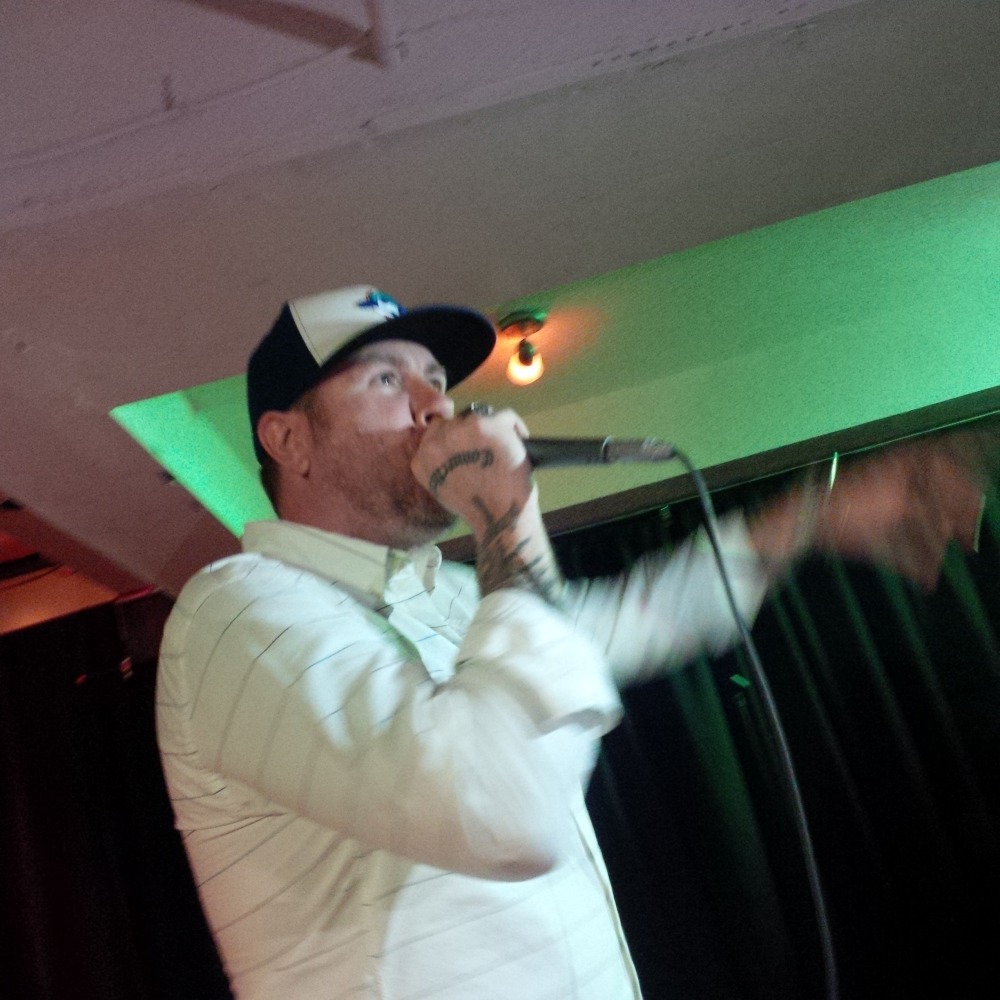 As Apathy makes the list for the second year in a row, the main appeal of this show was the concept of having the party both indoors and outdoors during a clear summer day.  The barbeque was going all day and night with food from various local vendors, and a ton of quality artists hit the stage.  Lots of opening acts, both local and touring, performed on Club Absinthe’s patio while the sun was out, and then we moved inside to catch the headliners late into the evening.  It was also a friendly, open environment, as artists were among the crowd when they weren’t performing, either enjoying the other performances or hanging at the bar.
Read the full concert review here. 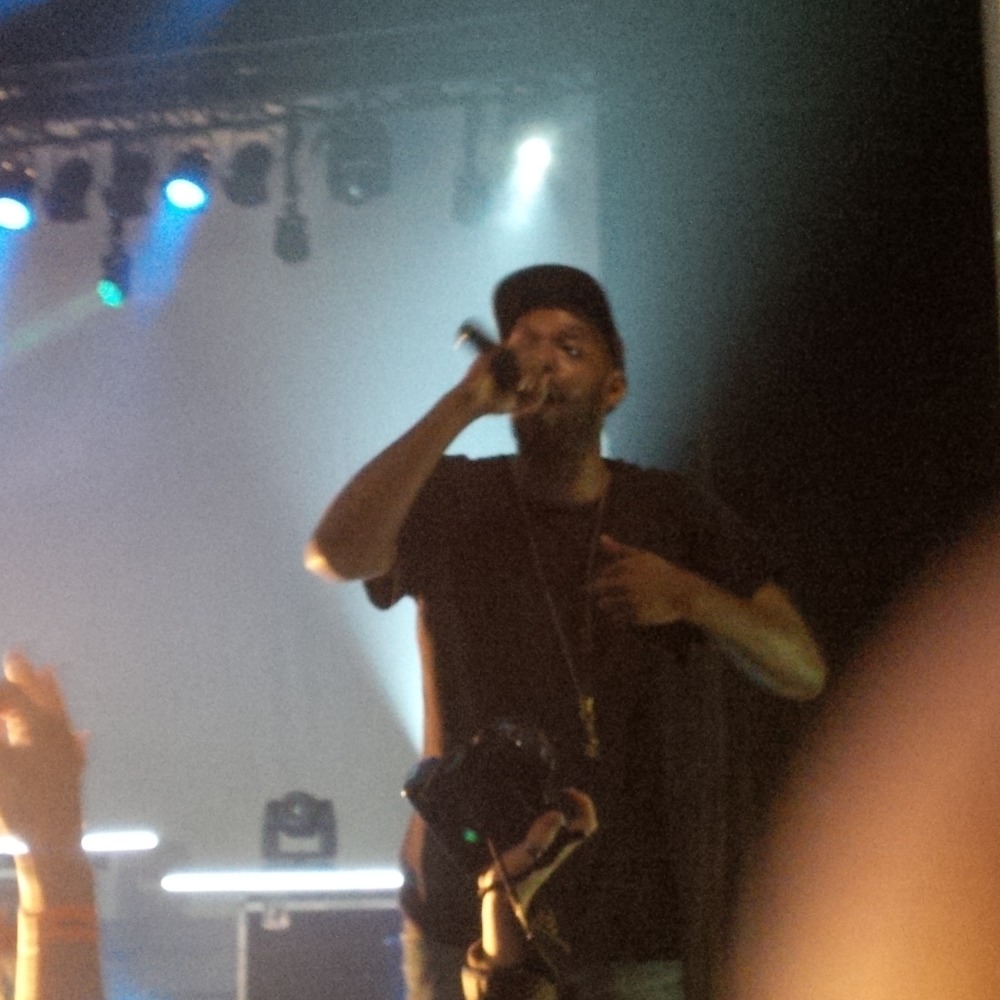 The first show of the year was nothing but good vibes.  Underground veteran Brother Ali was already rocking the crowd when I got to the venue, and local legend Shad pulled out all the stops when he got on stage.  Shad had both a DJ and keyboardist with him, and he played his own guitar during “Rock To It”.  He also had special guests Saukrates and Eternia come out to perform songs off the new Flying Colours album with him.  This show gets bonus points for Eternia and Brother Ali sticking around after the show to meet some of the fans.
Read the full concert review here.

7. Tech N9ne & Krizz Kaliko at Rockpile East in Scarborough, ON 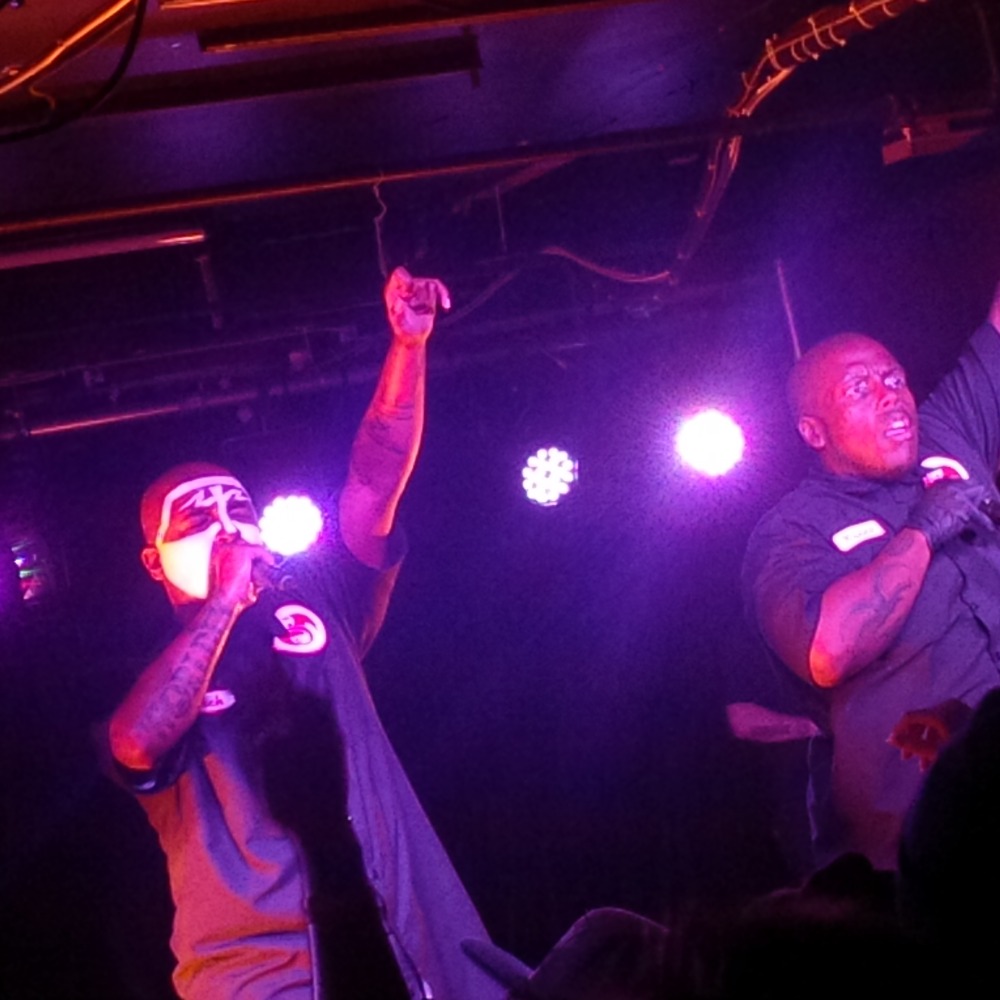 Another duo making the list for the second time, Tech and Krizz always put on an amazing show.  They have incredible stage presence, choreography, and of course microphone skills, even while fighting the flu.  They also have enough material between the two of them to give this show almost a completely different feel from when I saw them perform last year. This show had some of the best opening acts too, as they got the crowd as energetic as some headliners I’ve seen.  Lastly, this show had the most boob-flashes of any rap concert I’ve been to, which is always a bonus 😉 .
Read the full concert review here.

6. Redman at Rockpile East in Scarborough, ON 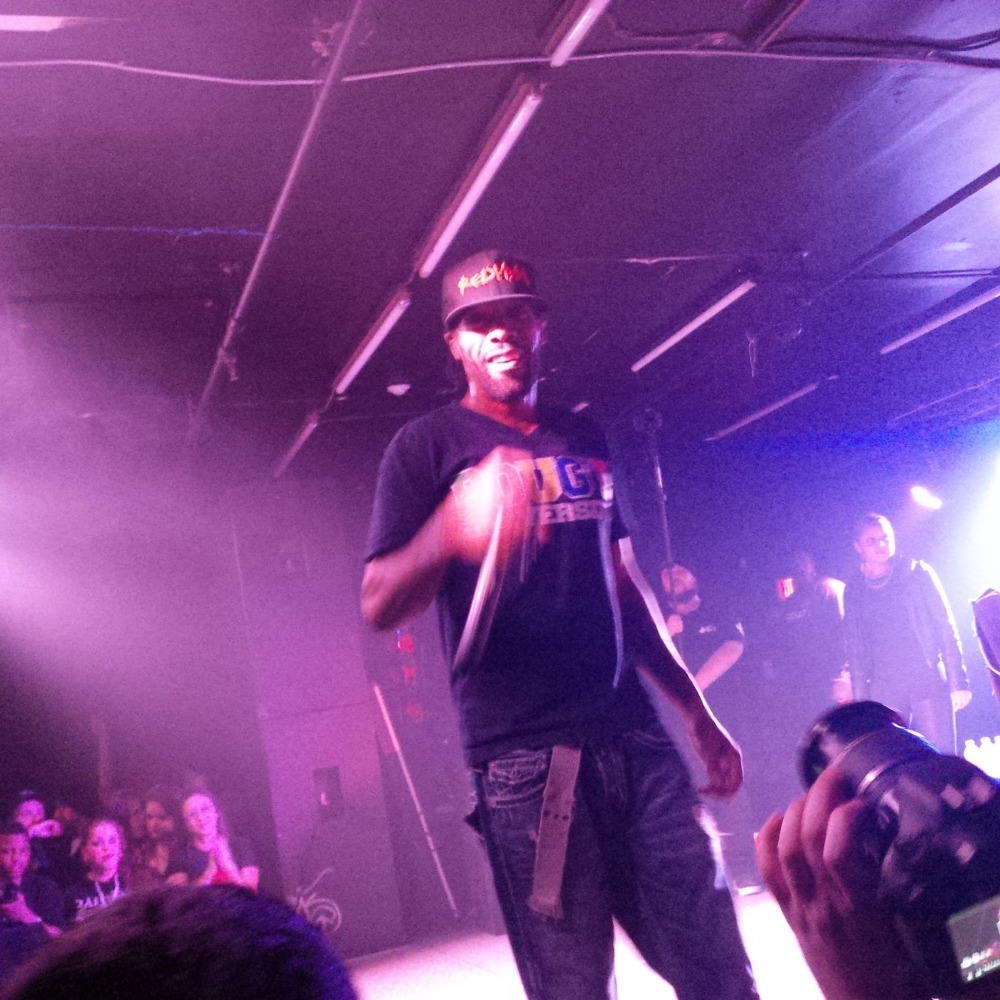 I normally keep my alcohol intake under control, but this was the most intoxicated I’ve gotten at any show since I saw Eminem & Jay-Z in 2010.  When you go to a Redman show, you’re going to get a classic, grimy hip-hop type of night with spilled drinks on the floor and smoke in the air.  This was a much smaller venue than The Sound Academy (where I saw him perform last year), but he still rocked the house and even did his crowd-surfing routine around the entire club.  Redman is one of the all-time greats when it comes to putting on a live show, and the classics will always prevail.
Read the full concert review here.

5. Hopsin at The Kool Haus/Guvernment 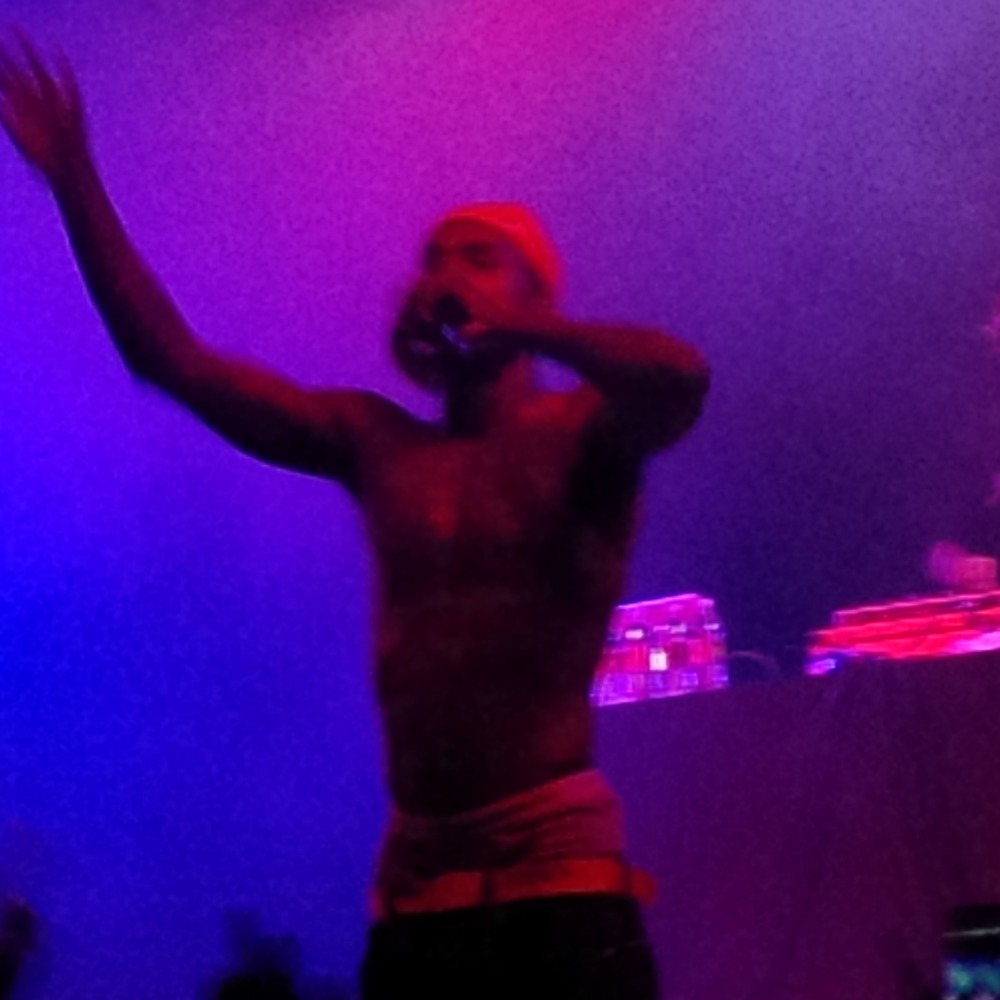 After recently announcing his retirement from rap, I’m glad I got to see Hopsin perform at least once.  He showed he was a humble artist in many ways that night, including skateboarding with fans outside before the show, bringing fans on stage to dance, bringing fans on stage to rap, taking song requests, and taking pictures with fans after the show.  He also took a page out of the Wu-Tang Clan’s school of performing by stage-diving, crowd-surfing and crowd-walking multiple times.  The fans knew all the words to most songs, and Hop knew how to get them involved.  It was a fun night for everyone.
Read the full concert review here.
UPDATE: Apparently Hopsin’s retirement was a prank, lookout for the new album in 2015! 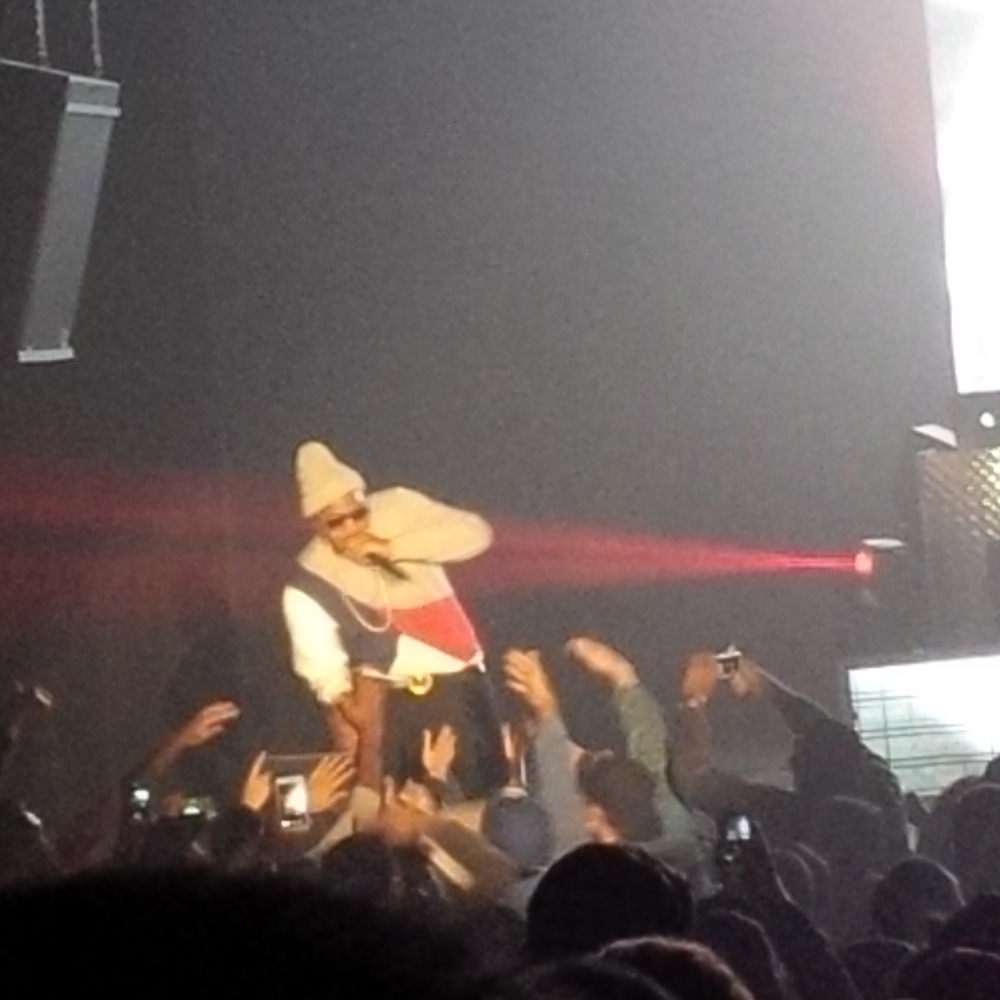 While some of the previous shows on the list had more energy, this was a real unique one.  I’ve never seen an artist combine a screening of their documentary film with a concert set, but it worked out beautifully.  It was also great to see Nas in a smaller venue than we’re used to seeing him, allowing him to interact more with the crowd.  Having watched Time Is Illmatic right before Nas got on stage, the live performance of his Illmatic album was that much more nostalgic.  I think the film screening also put Nas in the right mood to perform too, as it really put him in that 1994 mindstate and performing didn’t seem so routine for him.  The light show and visuals were also a nice touch to the performance.
Read the full concert review here. 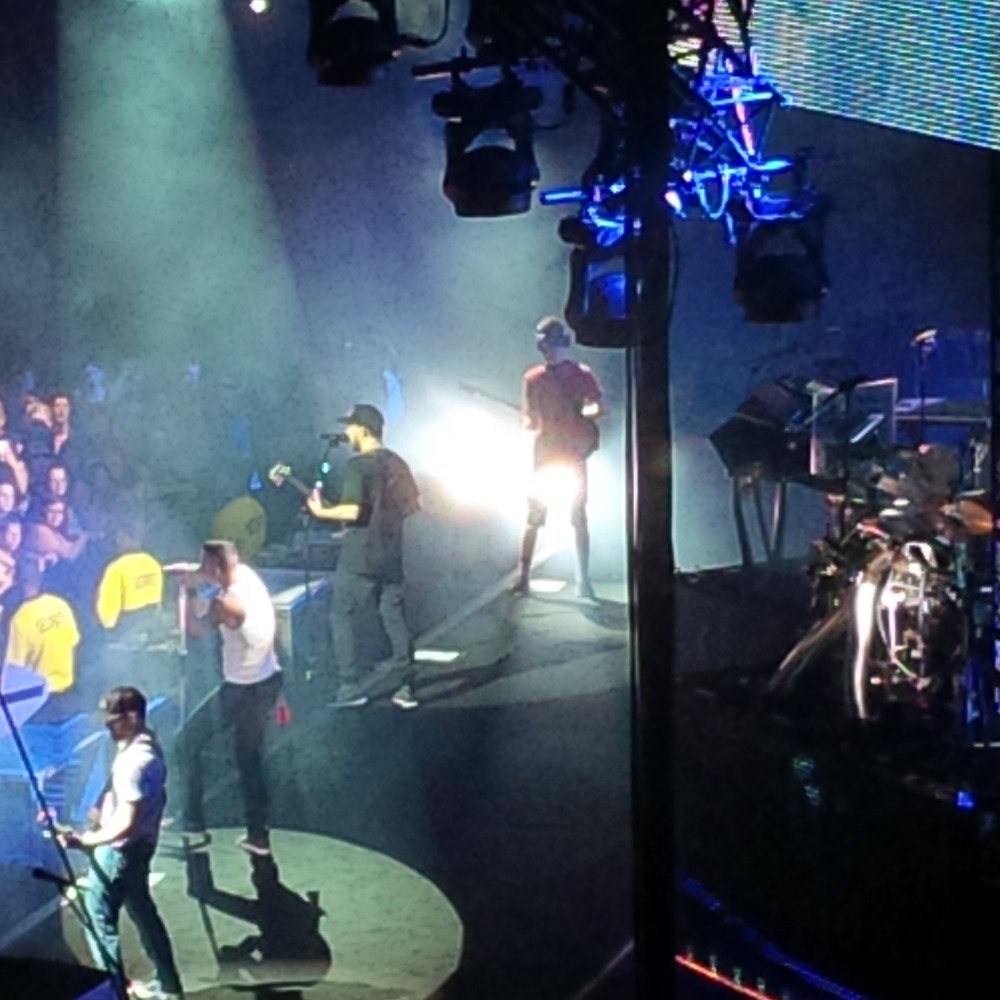 I know this isn’t exactly hip-hop, but seeing Linkin Park was a bucket list item for me.  AFI and 30 Seconds To Mars were cool to see too, but seeing Linkin Park was a trip down memory lane.  They performed all their classics and had a good mix of their newer songs, including some of my favourites off the new album.  It’s also really cool to see a packed Air Canada Centre all singing the same song.  Other highlights include Jared Leto running around the entire arena while singing, and seeing Chester dance behind the stage during Rob’s drum solo.
Read the full concert review here.

2. Run The Jewels at The Danforth Music Hall 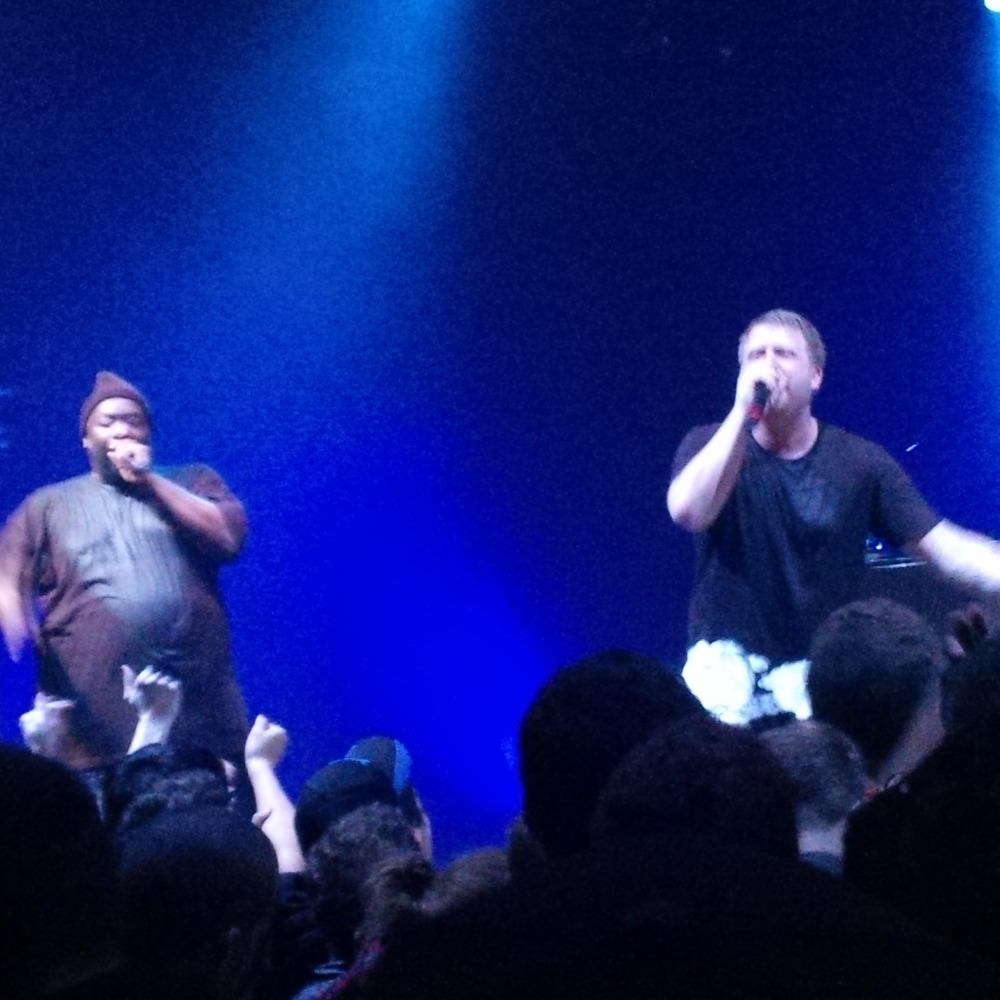 While I think the group at #1 had the best performance, this show had the best crowd.  Fighting through a tour bus breaking down and a merch trailer catching on fire, Killer Mike & El-P still caught a flight to Toronto without their opening acts and absolutely rocked the house!  This was the exact opposite of one of those lame crowds with their phones out the entire time; the mosh pit was in full effect and everyone participated.  The energy levels were constantly high and it was difficult for me to get any pictures or videos for you guys.  You’re welcome.
Read the full concert review here.

1. The Roots at The Luminato Festival in David-Pecaut Square 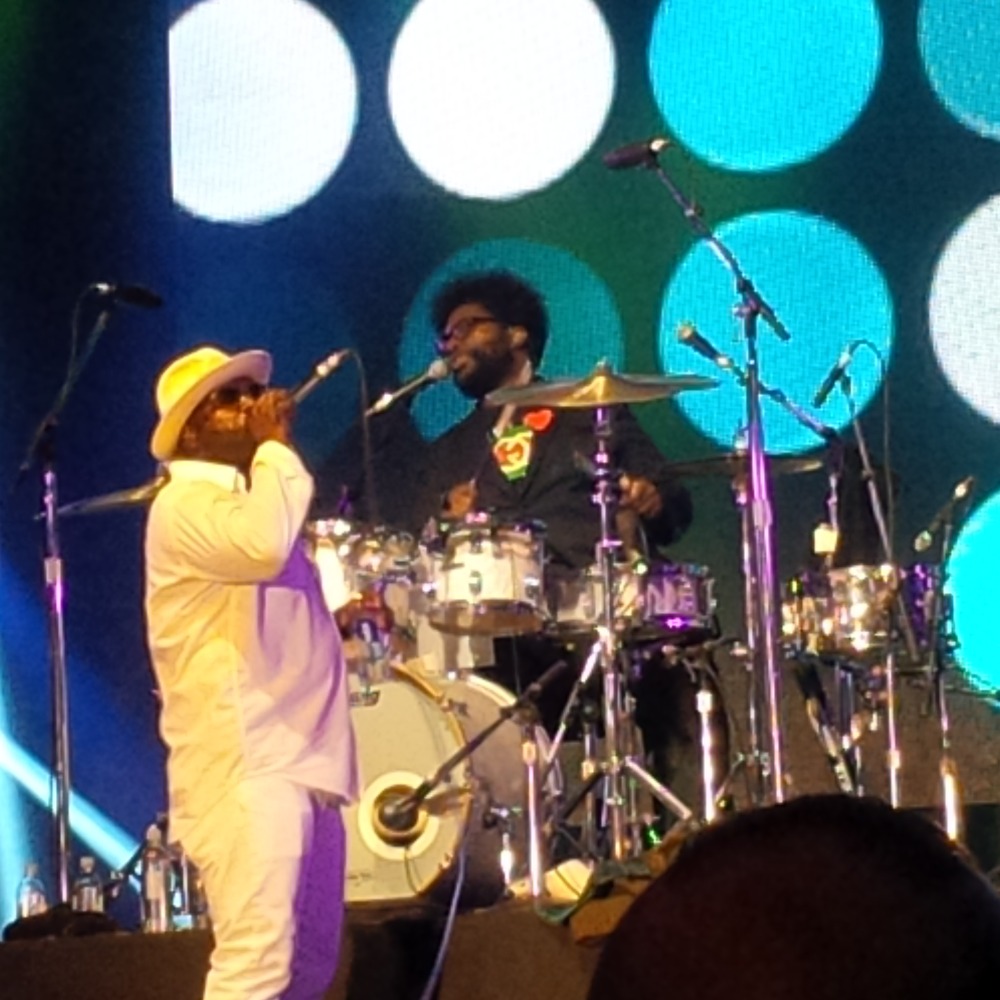 Was there any doubt?  Sure, they don’t stage-dive or crowd-surf or throw water on you, but The Roots give one hell of a performance.  They have the perfect combination of classic, timeless music over a large discography and stage presence to earn this spot at #1.  There is never more than a few seconds of silence as the band is constantly playing music for over two hours, and Black Thought is one of the greatest of all time when it comes to microphone skills.  Each band member is a master of their instrument, and they take turns showing it through solos.  Seeing The Roots perform live should be on everyone’s bucket list.
Read the full concert review here.

That concludes the top 10!  I’d like to take this opportunity to provide a quick update on what I have in store for 2015.  Some of you already know I’ve been contributing some of my writing to CulturedVultures.com, but I now have another announcement: starting in January I will be interning for AmbrosiaForHeads.com!  Things will be business as usual for SYpherSights, as I will continue to write concert reviews as I go to these shows, but you will now find more of my writing on the aforementioned websites.  I’ll continue to have my more personal style of writing here on SYpherSights and even on CulturedVultures, but my writing for AFH will be slightly more professional.  Thank you to everyone who helped me get this far, especially my readers!

Remember to check out the SYpherSights Youtube channel for vids from all of these concerts and more: https://www.youtube.com/channel/UCjiIhS7fd3t1ZutK1va7w8g/videos