It’s been an interesting past twelve months for Hopsin fans.  Last summer Hopsin delivered another great album with Pound Syndrome, his third release on his Funk Volume label. After waiting a couple years since the previous release, fans finally had new music from Hop, which meant more material to perform on his world tours.  The momentum abruptly came to a pause though, as early 2016 would see Hopsin leave the label he co-founded due to disagreements with his business partner Damien Ritter.

In recent months Hopsin and Damien have both appeared in interviews breaking down the details behind the falling out.  With Funk Volume’s assets apparently tied up in a lawsuit, Hopsin started a new label called Undercover Prodigy and has been making some noise with the release of the singles “Ill Mind of Hopsin 8” and “Bout The Business.”  He’s running things on his own now, and so this North American tour would be called the Hop Solo Tour.

Hopsin was last in Toronto in 2014 for his Knock Madness Tour, where he rocked The Kool Haus/Guvernment Nightclub in an energetic, interactive, action-packed performance.  With Guvernment since shutting down, this Hop Solo Tour would see Hopsin rock the iconic Danforth Music Hall.  It would be interesting to see how much his live set has changed since 2014, with both releasing a new album and falling out with Funk Volume, denouncing some of his previous work. 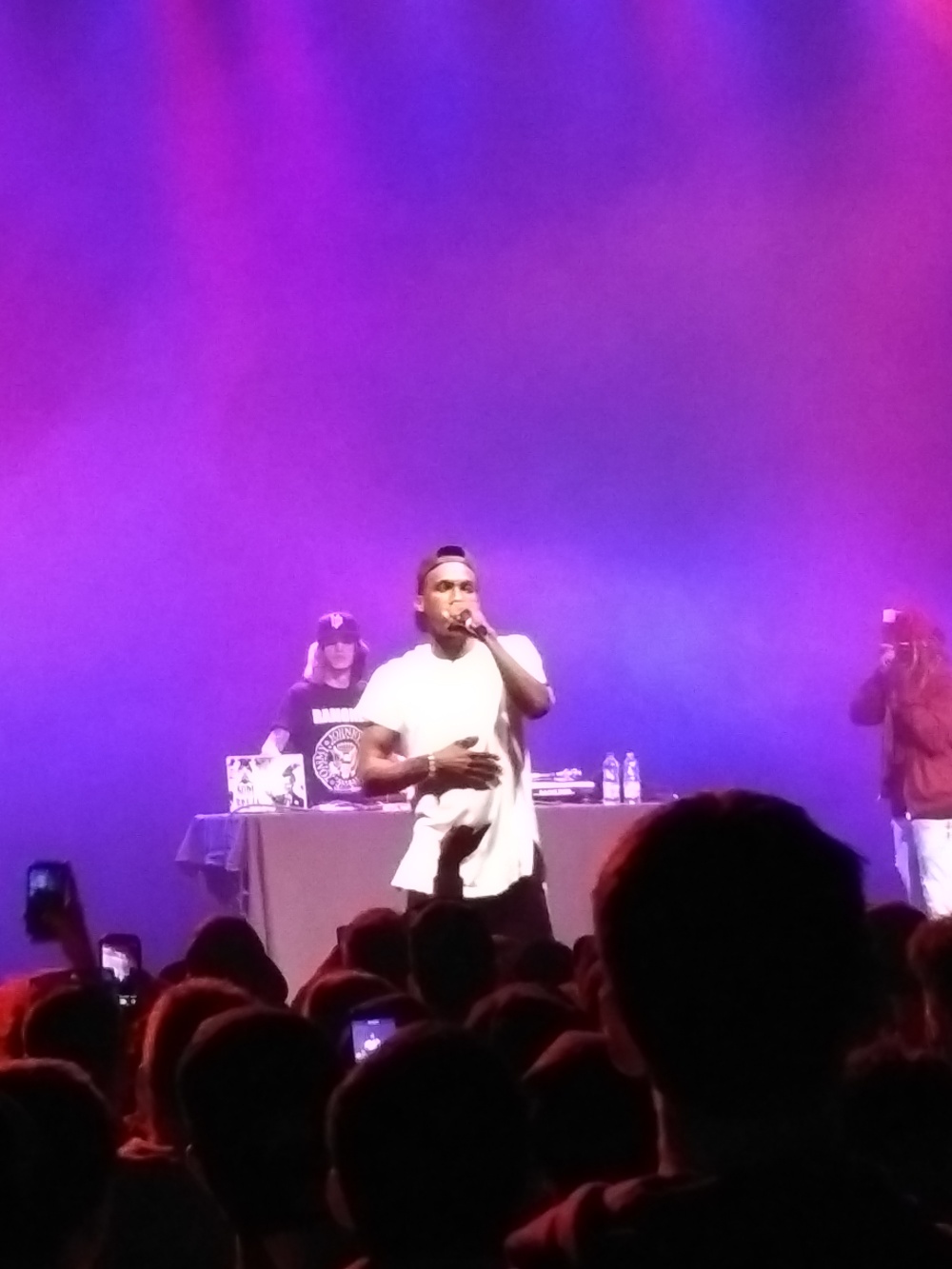 My crew showed up late to the venue, and by the time we got inside, Hopsin was already on stage.  The building wasn’t filled to capacity, but it was still a pretty large crowd.  Hopsin was in the middle of performing a throwback with “Trampoline”, and the front half of the crowd was jumping throughout the chorus.  He then did the closing track on the new album, “I Just Can’t” before going back to one of his first breakout guest appearances early in his career – his verse from Tech N9ne’s “Am I A Psycho?”

Hopsin kept it in the early years, reminding the crowd of his struggles with Ruthless Records before performing “Kill Her.”  Almost routine from last time, he then got into arguably his biggest hit, “Ill Mind of Hopsin 5,” getting the crowd to rap most of the first part of the verse for him as he slowly guided them through it before taking control.  It’s such an impactful song that most of the crowd knew all the lyrics, although it sounded a bit cluttered with so many voices involved.  Hop then took it back even further to his biggest hit before “Ill Mind 5,” “Sag My Pants,” as he got the whole crowd to chant “fuck you!” in the chorus with him.

After performing several throwbacks, Hopsin finally brought it back to 2016, testing the crowd to see how many were keeping up with his label issues and jokingly quoting Birdman’s “respek my name” rant before performing “Ill Mind of Hopsin 8.”  Although the song is a point blank attack on Damien Ritter, Hop did make a point to tell the crowd to continue supporting Funk Volume and all the artists he’s still cool with (Jerren Benton, Dizzy Wright, DJ Hoppa, SwizZz).  It should also be noted that DJ Hoppa wasn’t on tour with Hopsin this time, and so the scratching solos were kept to a minimum.

The crowd was hyped for “Ill Mind 8,” but then got even more hyped for a Pound Syndrome track Hop had designed specifically for live shows, “Crown Me.”  Hopsin shredded through his verses, spitting every bar on his own, and the crowd got to jumping during the hooks.  Hop then temporarily left, but after a short encore chant came back out and closed the show with the more mellow “Ill Mind of Hopsin 7,” a song where he critiques the concept of religion and vents to God.  There were a few lighters and cell phones lit up for this more calm track, as Hopsin thanked the crowd and walked off stage just like the music video.

Overall, this was a fun show, although it was disappointingly short with minimal coverage of my favourite Hopsin album, Knock Madness.  To be fair, we did show up late, and so it’s possible he performed favourites like “Rip Your Heart Out,” “Hip Hop Sinister,” “Hop Is Back,” “I Need Help,” and “Gimmie That Money” before we showed up.  Being an all-ages show, the Danforth’s usual curfew of 11pm was brought back an hour, and so the night was still young when the show ended.    Our mistiming led to us missing out on the moments when Hopsin crowd surfed and brought fans on stage to rap guest verses, which are some of the funnest parts of his live show.  While it was cool seeing some new material get performed, Hop’s 2014 show at Guvernment was easily more memorable with a lot more audience interaction.

Hopsin will be hitting up Ottawa and Montreal this weekend before heading out to Europe!