Legendary Brooklyn MC Talib Kweli makes his return to Toronto, almost exactly two years since his last show here.  Having released some all-time classics in the late 90’s and early 2000’s on Rawkus Records, he has adapted nicely to the shifting music industry and has remained relevant as an independent artist.  Ever since founding his label Javotti Media in 2011, Kweli has kept busy releasing his own music, connecting directly to his fans, and also putting on artists signed to his label.  He’s been the veteran to support new artists like Kanye West and J. Cole before they had any mainstream recognition, and has always maintained his niche and held a steady presence in Hip-Hop through its ever-changing landscape.

The last time Kweli was in town was in February 2015, when he performed an intimate, small-venue show at The Rockpile.  Since then he’s released several new projects, including the free album Fuck The Money, a collaboration with producer 9th Wonder called Indie 500, and a free compilation album with artists signed to Javotti Media, Awful People Are Great At Parties.  In 2017 he’s preparing to release a collaborative album with fellow New York veteran Styles P called The Seven, and they just released the first single a few weeks ago.  Currently, Talib Kweli is actually on The 7 Tour with Styles P, but unfortunately for some reason Styles wasn’t booked for the Canadian dates on the tour.  This show would just be Talib Kweli solo, and Javotti Media artist K’Valentine as the opener. 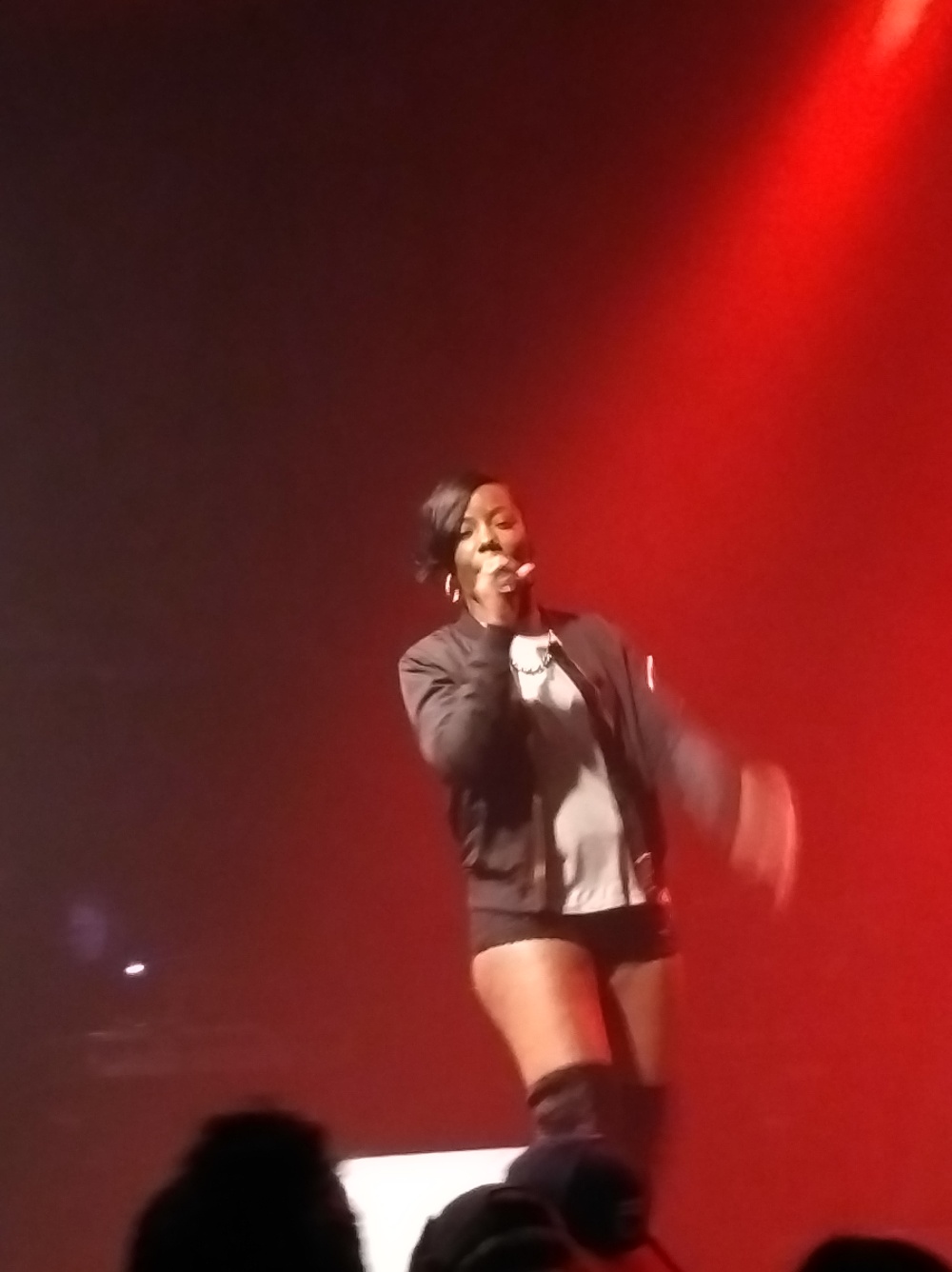 After attending the newly traded Serge Ibaka’s first game as a Toronto Raptor, we showed up to the venue late, but luckily the artists themselves were running late too.  K’Valentine got on stage about an hour after she was scheduled to, and she rocked the crowd as we made our way to the bar.  I’m not too familiar with her music other than a couple tracks off the Awful People Are Great At Parties compilation, but she had a dope set.  She got the crowd to participate by chanting the hook to one of her songs, and she ripped through her verses.

Talib Kweli didn’t keep the crowd waiting, as he came out soon after K’Valentine’s set and started rocking to “Listen” off his Ear Drum album, which turns ten years old this year.  He then got the crowd to break out in a “Wu-Tang!” chant, as he did a freestyle verse over the beat to “Wu-Tang Clan Ain’t Nuthin Ta F’ Wit” and transitioned into his own RZA-produced song “Rocket Ships.”  The crowd was absolutely turned up at this point, as the up-tempo tracks got everyone waving their arms and bobbing their heads.

Kweli kept to his newer material with the rapid-fire, uplifting “State of Grace” before doing a couple throwbacks with the Reflection Eternal songs “This Means You,” which has him directly addressing the crowd and telling them to move, and “Down For The Count.”  After the old Reflection Eternals track off their first album, he did another certified head-nodder from the second album, “In This World.”  Next was something different, as he rapped over a beat I didn’t recognize, but the verses were from his 2007 track “Hot Thing.”

With the Reflection Eternal segment earlier, he of course had to do a Blackstar segment, in which he performed his verses off the 1998 tracks “Definition” and “Re: Definition.”  The crowd sang along to the classic hooks to those songs, and continued to help Kweli out as he did a tribute to A Tribe Called Quest and the late Phife Dawg.  After rocking in the 1990’s, K’Valentine returned to the stage and she and Kweli took things all the way back to 2016 with their song together “Trabajo,” getting the crowd turned up to a different energy.

After slaying her verse, K’Valentine left the stage and Kweli continued to rock with his featured verse on Kanye West’s “Get Em’ High.”  He then followed up with another Reflection Eternal segment, doing some classics off their 2000 album Train of Thought with “Move Somethin'” and “The Blast.”  Seeing as they’re on The 7 Tour, Kweli of course had to preview the new album, performing the new single “Last Ones Left” (although without Styles P).  He then wrapped up with a couple more of his solo classics, “Never Been In Love” and of course the biggest hit of his career, the Kanye West-produced “Get By.”  The crowd got energized once more and sang along to every word of that memorable chorus.

Overall, this was another really fun show in an action-packed February.  The crowd rocked with Talib Kweli no matter whether he performed his newer material or his older classics.  He gave us a taste of everything, pulling tracks from most of his studio albums, although I would’ve liked to see some Fuck The Money picks get performed.  This was pretty much a standard Talib Kweli set fans are used to seeing, and it’s always a pleasure to see him perform. The Phoenix Concert Theatre was an especially great venue for my situation, as you can show up late and still get a good spot in the crowd or near the stage.